In total, the Community Speedwatch team operating in the village reported 575 drivers for speeding during the three weeks it was inn operation in March and April. This was an increase of 45 over last year's figure.

South Northants Council's Annual Satisfaction Survey is now open for comments, seeking your views on the quality and delivery of its services.
Complete the survey at www.marketingmeans.co.uk/southnorthants2017 or ring 01327 322322 to ask for a hard copy.

The survey closes on June 16th

The awards were held at Silverstone Racing Club, Silverstone Circuit on Friday, 21 April with Cllr Caryl Billingham MBE, chairman of SNC, in attendance to present the awards.

Silverstone campsites can be awarded one of three awards – silver, gold or platinum. This year,... Read More »

Silverstone CE Primary received notification of this delay on Friday 31st March, the last day of term before the Easter Break. Over the Easter holiday we have been in contact with senior... Read More »

How to risk a higher fine! 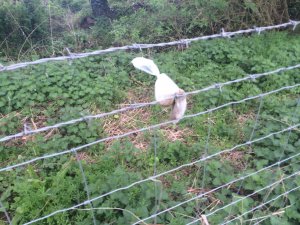 All dog owners are aware that they are required to pick up after their dogs The fine for failing to do so is £50. However, the fine for bagging it and NOT disposing of it in an appropriate bin (dog bin, public litter bin or black bin at home) counts as littering and carries a fine of £75

The sight of plastic bags, thown into undergrowth, pinned up on braches is distatseful in the extreme... Read More »

One of the world's most famous villages is taking the first steps towards having a greater say over its future. This week South Northamptonshire Council's (SNC) Cabinet approved Silverstone Parish Council's (SPC) application to establish a Neighbourhood Area (NA). Designation of the NA is the first step towards allowing a Parish Councils... Read More »

Dates for nominations, applications for postal votes and the poll

Now operational and to be found on the wall of the Post Office Sorting Office in Church Street. See attachment for more details

The village defibrillator is outside the Post Office Sorting Office in Church Street.

In emergency ring 999, tell them where you are and you'll be told the cabinet access code. The machine will then tell you what to do. It is registered with the East Mids Ambulance Service.

Our directory contains details of all accommodation in and around Silverstone.